ProtonVDA focuses on transforming the practice of proton therapy with instruments that enable facilities to efficiently and confidently deliver optimal treatments fully realizing the promise of the “Bragg peak”. 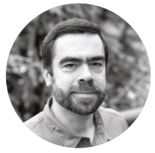 and co-founder of ProtonVDA. With a Ph.D. in Physics from Caltech and 22 years of experience as a physicist at Fermilab, Fritz DeJongh studied the clinical needs and constraints that were not being addressed by long-term academic programs, and developed several concepts, aimed at addressing these needs in a rapid and cost-effective way, which serve as the basis for our business plan.

With an M.S. in Electronics and Silicon Technology, and experience with R&D and project management in both academic and industrial settings, Victor has held leading roles in the conception, management, design, R&D, and construction of pCT projects at Loma Linda and Northern Illinois Universities.

Passionate and goal-driven professional, focused on bringing value to leading innovation and research medical companies. More than 10 years of experience in selling and implementing complex IT solutions. Experience in leading teams in multicultural environments.

Director of Medical Physics and Dosimetry at the Northwestern Medicine Chicago Proton Center where he oversees the medical physics-related operations for the proton center and four nearby photon centers. Assistant Professor of Radiation Oncology at Northwestern University’s Feinberg School of Medicine. Has brought expertise in proton beam line systems to several proton imaging projects.

Co-founder and CEO of Cosylab, which has partnered with ProtonVDA to commercialize proton imaging. Received the Award of the European Physics Society for control systems in experimental physics in 2001. Elected to the Engineering Academy of Slovenia in 2012. Member of the EU-Japan business round table, of the Board of Governors of the J. Štefan Institute, of the Association for Technical Culture of Slovenia and of the Programme Council of the Faculty for Mathematics and Physics of the University of Ljubljana.

ProtonVDA was founded in December 2014 in Chicago IL to develop a new modality of medical imaging based on the principle that the best way to target cancer with protons is to image the patient with protons.


The co-founders of ProtonVDA, Don DeJongh and Victor Rykalin have worked with a team of physicists, engineers, computer scientists and clinicians to achieve a break-through: The demonstration, at two clinical facilities, of a fully functional clinical prototype, able to deliver, in real-time, detailed radiographs of objects imaged with protons.

First comparison of a PRAD image with a Digitally Reconstructed Radiography derived from an X-RAY CT.

In 2019, ProtonVDA has entered into a strategic partnership with Cosylab d.d, a global hi-tech company from EU, with a detailed plan to implement the clinical integration of proton imaging technology into proton therapy treatment rooms, obtain FDA clearance for the proton imaging product, and embark on sales and marketing to find the first partners for clinical adoption of this breakthrough technology.

Cosylab offers software engineering and system integration services, including product-based solutions for proton therapy systems, and brings experience and intimate knowledge of proton therapy processes and planning along with a vast portfolio of proton-therapy related software.

ProtonVDA is committed to conducting research without bias and with the highest scientific and ethical standards.  We have established the following policies in order to ensure compliance with NIH standards for objectivity in research according to the requirements of the Financial Conflict of Interest (FCOI) regulation  42 CFR Part 50 Subpart F.